There are many causes for female infertility. Some of the more common issues include:

Review of the pattern of menstrual cycle bleeding to help determine if ovulation is occurring and if other problems such as aging of the ovary or uterine defects such as fibroids or polyps are present is helpful in diagnosing fertility problems. Additionally, review of information that might suggest an anatomic problem with the tubes, such as questions about past history of sexually transmitted disease, painful periods or intercourse, and/or a previous abdominal surgery.

Your doctor may ask you questions about prior surgery to the cervix or freezing for abnormal pap smears. It may also be helpful to do a general review of systems to determine if other endocrine abnormalities might be contributing to infertility. Your doctor will also do a careful social history to evaluate for any environmental exposures or social habits such as smoking, drinking alcohol or drug use, which could contribute to infertility.

Often times, a physical examination is performed to evaluate the pelvic organs and assess potential hormonal problems. Additional hormonal testing or ultrasounds may be required to evaluate ovulation. An X-ray of the uterus and tubes, called a hysterosalpingogram or HSG test, may be completed to assess uterine or tubal status. Ultrasound and hormonal testing is often times done to determine if the woman is running out of eggs. This is called a Clomiphene citrate challenge test (CCCT).

Sometimes surgical procedures need to be done, such as a laparoscopy, that uses tiny incisions and a scope to view the interior organs or hysteroscopy. 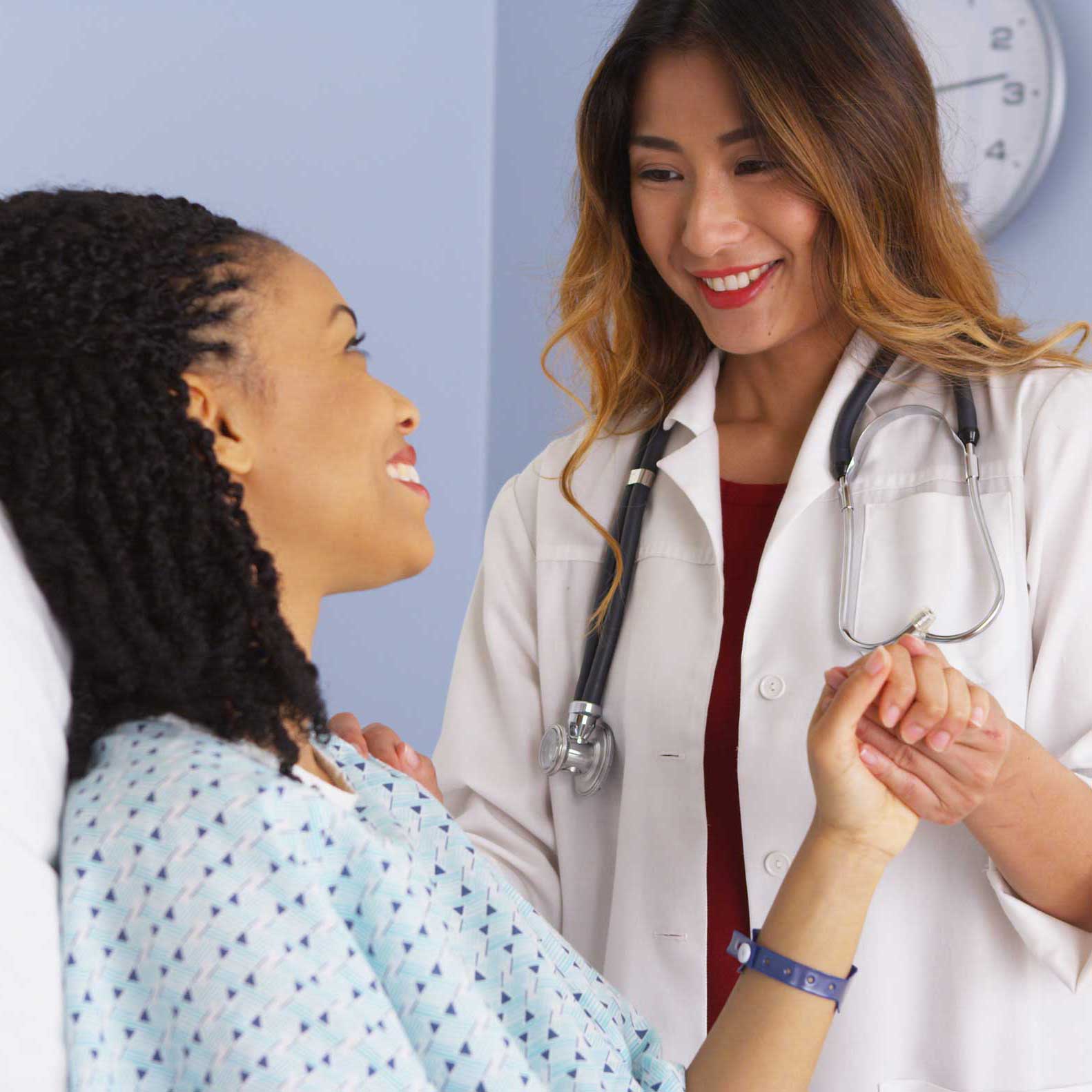 Upon starting infertility treatment your ARMS physician may order some testing before proceeding with treatment often including:

As a woman ages the eggs she developed before birth are being lost through menstrual cycles and general degeneration of the egg-bearing follicles and the ovaries become smaller. However, diminished reserve can occur in younger women. Patients with this condition can have a lower change of conceiving in general and a shorter amount of time left to try and conceive. Using transvaginal ultrasound, the volume of each ovary can be calculated by measuring the length, width, and depth. Determining the ovarian volume, ovarian reserve, ovary size, time to menopause, and reproductive age can calculate a woman’s “reproductive age.” Her reproductive age may be older or younger than her actual age.

There are several ways that we try to predict “egg quantity and quality” as well as trying to estimate chances for conception with various forms of fertility treatment. Antral follicle counts performed at the beginning of a cycle (in conjunction with female age) are used for estimating the number of eggs in reserve and/or changes for pregnancy with in vitro fertilization (IVF). Antral follicles are small, fluid-filled sacs in the ovary that nurture and finally release the developing egg (or ococyte) during ovulation. These follicles can be counted via an ultrasound. The number of visible antral follicles is indicative of the relative number of microscopic developing egg-bearing follicles remaining in the ovary. Each primordial follicle contains an immature egg that can potentially develop in the future.

Medications can be used to treat hormonal diseases such as thyroid disease. They are available as an option to promote ovulation in people who do not ovulate normally. Medications can also be given to increase the number of eggs produced in a given month (superovulation).

There are surgical procedures that can be employed to manage specific problems found in the diagnostic phase. Examples include surgeries done through small access ports (laparoscopy) to destroy endometriosis and remove scars to restore normal anatomy.

In Vitro Fertilization (IVF) involves fertilization outside the body in an artificial environment. To date, tens of thousands of babies have been delivered worldwide as a result of IVF treatment. Over the years, the procedures to achieve IVF pregnancy have become increasingly simple, safe and more successful. IVF typically includes:

This is stimulation of the ovary to produce several fertilizable oocytes (eggs). Retrieval of the oocytes from the ovary also called egg harvesting. Fertilization of the oocytes and culture of the embryos in the IVF laboratory. (If necessary, the embryos may need help escaping from their shells so they may be implanted in their mother’s uterine wall.) This is called assisted hatching.

Placement of the embryos into the uterus for implantation, called embryo transfer (ET).

Also known as artificial insemination, is the process of preparing and delivering sperm so that a highly concentrated amount of active motile sperm is placed directly through the cervix into the uterus. IUI can be performed with or without fertility drugs for the female patient. The pregnancy rate with IUI is double that from using timed intercourse. Fallopian tube sperm perfusion (FSP) is a more advanced form of IUI where sperm are suspended in a nurturing fluid in an amount that is greater than the uterus can hold. This sperm suspension then flows directly into the uterus. This procedure has been shown to be more effective than traditional IUI and in many cases is technically easier. IUI is commonly performed as a low-tech, cost-effective approach to enhancing fertility.

Involves using oral drugs containing hormones designed to induce ovulation in women with irregular menstrual cycles who didn’t ovulate. The goal is to stimulate the body to produce and release an egg ready to be fertilized. Ovulation induction should only be considered after a complete and thorough evaluation. All underlying hormonal disorders such as thyroid dysfunction should be treated prior to resorting to using fertility drugs.