Genes are the DNA units within chromosomes that provide the genetic commands that instruct the cells how to grow and function. A gene is a very small piece of DNA within a chromosome that has a unique nucleotide sequence that serves as a template for the production of a functional product required by the cell, such as a protein. Each chromosome carries hundreds to thousands of genes that produce the gene products that enable the millions of cells in a healthy person to normally function.

Chromosomes are paired within the nucleus, and each gene on a chromosome has an identical partner gene on the other chromosome of the pair.

For example, a gene on the number 7 chromosome that was originally derived from the mother’s egg will have a partner gene on the number 7 chromosome originally derived from the father’s sperm. Since genes are carried on chromosomes that are provided by the egg and the sperm from their parents that unite at fertilization, genes are transmitted or inherited from parents to their children across generations. 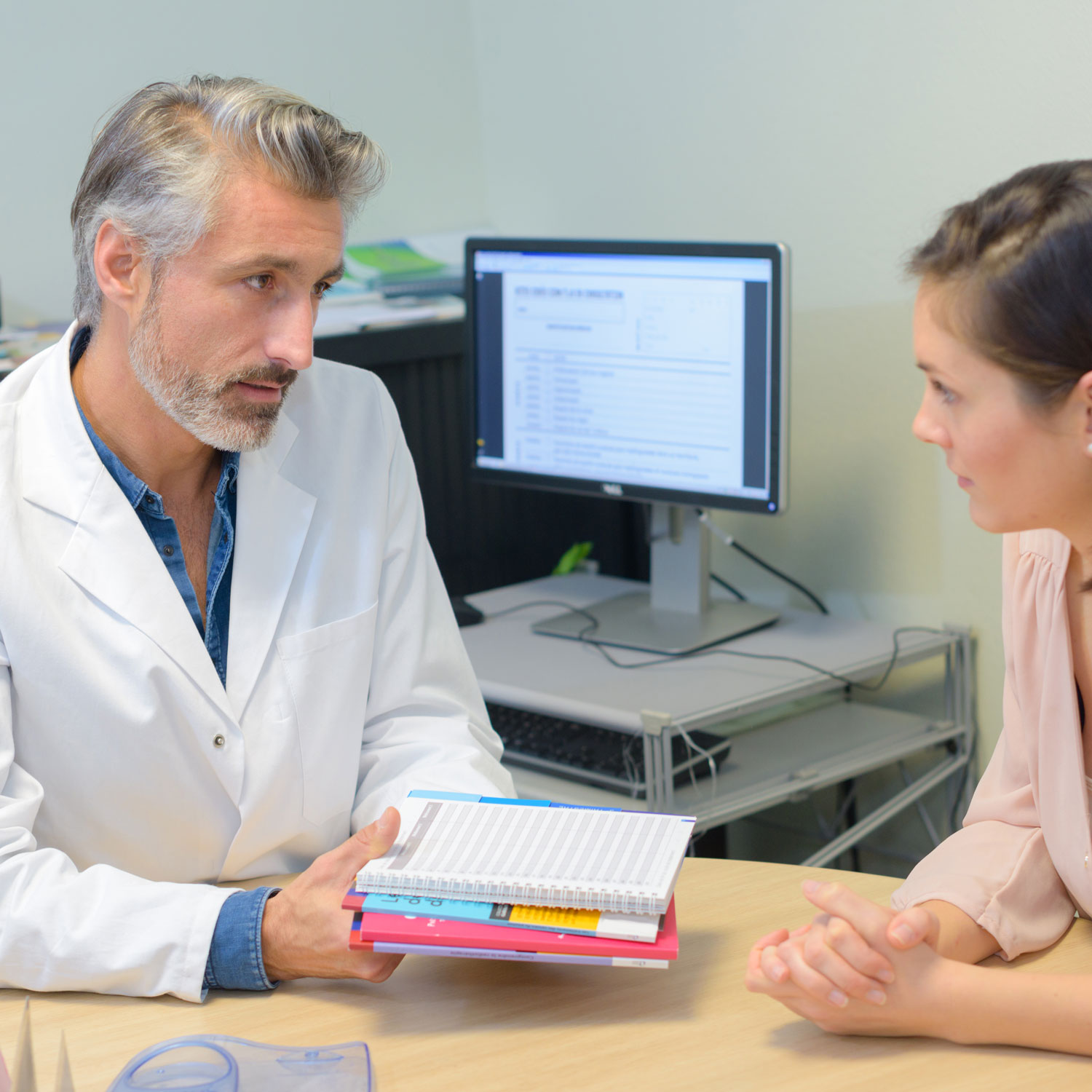 Alterations or changes in the DNA sequence of a gene from its normal DNA sequence are known as gene mutations. Mutations in the DNA sequence of a gene result in the failure of the gene to produce its protein product required for normal cell function. Deficiency of this critical cellular protein in all of the affected cells of the individual carrying the gene mutation can result in a disease condition considered as a single gene disorder.

Carriers of the dominant gene mutation are always affected with the single gene disorder and have a 50% chance of transmitting the gene mutation to their offspring even when the other parent is normal.

Individuals who carry a single recessive mutation on only one of the paired genes are generally asymptomatic carriers for the mutation, but have the potential to transmit the gene mutation to their offspring through their egg or sperm.

In individuals with recessive single gene disorders caused by recessive gene mutations, both of the paired genes are mutated and inactive, resulting in absence of the critical protein and dysfunction in all of the affected individual’s cells.

In order for a child to be affected with a recessive single gene disorder, both parents must be asymptomatic carriers for the mutation on only one of their paired genes, and both of the parents must transmit the mutated gene to the affected child.

Since both parents must transmit the mutated gene and not the normal gene to their affected child, the risk of transmission of a recessive single gene disorder to an affected child from asymptomatic carrier parents is 25%. Some common recessive single gene disorders are cystic fibrosis, sickle cell anemia, Tay Sachs disease, spinal muscular atrophy type 1, thalassemia, hemochromatosis, and numerous other metabolic and neurodegenerative diseases.

Almost all single gene disorders with DNA mutations that are identified in the parents can be diagnosed before a pregnancy is established through Preimplantation Genetic Diagnosis (PGD), or during a pregnancy with prenatal diagnosis.